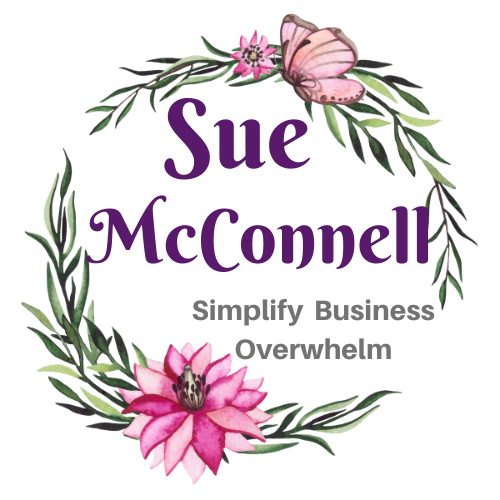 Recharge Success With A Planner In Your Life →

Tackle The Last Quater Of The Year

As I write this blog, it’s the last quarter of the year. Does it give you the final push to recement the goals that you have set for this year?

January is the time of year that people set the goals they want to accomplish. Sometimes they pick a word to represent what the year will be. Or other times, it might be a long to-do list. But I like to call them a result list.

When September rolls around, we either have given up on our goals or ready for a reset.

It is an easy thing to fail on your New Year’s resolution. Why? Because we aren’t invested in that goal that we set. And we don’t sit down and do a plan.

Plus, the goal is usually too broad. It’d be easier for you to set goals like a stepping ladder. For instance, at the end of January, I want to have my outline for my book figured out along with my characters to support that outline.

For February, we set a new set of goals to get us up that ladder to success.

Come September; we are in the same boat. It’s the last-ditch effort to get our results for our intentions. I also think it’s because it’s the time of the year when kids go back to school. Even as kids, we would set our intentions for the school year. It stuck as we became adults.

Whatever the reason, we are hard-wired to set intentions but to be frank, we rarely see the results of those intentions.

How Do We Overcome Failure?

Unfortunately, failure comes on the other side of the intention. We can’t fix what is going wrong for us if we don’t use our failure to succeed. It can be a hard pill to swallow. So when we don’t reach what we are going for, we quit because we have let ourselves down.

But really, failure is the opposite of that. It is a result. Maybe not what we were going for, but that failed result is something that we can fix because we have something tangible.

To overcome failure, you need to go through it over and over again.

Learn to accept it and think of it as a success that you took the chance to get to where you are today.

Different Failure For Everyone

We all may have the same result of a failure, but it’s different for everyone because failure will make you grow, and we don’t all grow in the same direction.

The only way it is the same for everyone is that failure tends to stop most people from going for what they want in life. Let’s face it. Success takes the willingness to learn from your failures and readjust to get to your desired result.

Your Personal Road Map For The Last Quarter Of The Year

Get out a piece of paper and write out a list of intentions you want to accomplished for the month. What is your end goal? What will get you closer to your goal in the last quarter of the year? Write down what it’ll take you to get there? It could be a long list. Don’t sensor it. Get it out of your head and on to paper to decrease the overwhelm. We all know that overwhelm will stop you from ever getting anywhere.

When you have it all out on paper, take a look at the list. What things are non-negotiable for you to do? These are the things that you have to schedule in first for the month. It might be a doctor’s appointment or a family member’s wedding or birthday. Whatever it is that you have to do, schedule it.

Then pick out the things that you have to do first. Often we are guilty of wanting something, but we only see the big picture like writing a book. We see sitting down and writing. But we need to have at least a loose idea of the story’s theme. Or the main characters in the story. We need to know the setting. There are essentials that you need to get to your ending. Figure this out first to save you time.

To speed up, it helps to break it down into smaller tasks. I find when I do this, it removes the overwhelm and keeps me moving forward. That is one reason that I preach the 1000 words a day of writing. It’s because this tiny bitesize writing is easier to plan in your day and keeps the story moving.

After you have the steps figured out, schedule them into your calendar. Be sure not to over-schedule yourself. If you can, get some help. Either a VA or maybe your family can help out. Or if you can’t find help or can’t afford it at the moment, take some of the tasks off your lists.

Everything doesn’t have to get done at this very moment. As you gain momentum, you can add things in or delegate what you don’t like to do. If you overschedule yourself, you’ll hit a wall, and you won’t get anything done. The important thing is to be able to accomplish something in the last quarter of the year.

Learn From Your Mistakes

You’re probably going to think that you can get more done than you actually can. I’m not a very good judge of time, and I always think things will take less time. If at the end of the week, you are nowhere near where you want to be, reevaluate and change things up.

It’s tough, but sometimes you have to remove things from your plate and accept that you aren’t superwoman. But that doesn’t mean that you are a failure and that you can never get where you want to go. It just means that this is your journey, and you have to do things that work for you. Where someone else is doesn’t affect you.

Take the time to figure it out for your good and not anyone else.

What about you? What steps do you take to get things done? Do your plan things out? Is that working for you? Do you readjust your goals for the last quarter of the year? Please drop a comment below and let me know. And if you need support in this area, fill out the form below, and as soon as I have a coaching spot open, I’ll be in touch.

More Post To Help You Plan For The Last Quarter Of The Year:

Recharge Success With A Planner In Your Life →